Which Films From This Summer Could Have Got a Best Picture Nomination?

As we are no longer in the days of the ten, the way in which we think about Best Picture contenders has radically changed. Under the ten it seemed like any film could sneak a nomination but now with a film needing to get 5% of the Academy's first place votes, summer blockbuster and independent films face a tougher task than ever of getting a Best Picture slot. Of course this way of thinking cannot be proven until we see the new look nominations, however it is likely that many films which would have been nominated this year under the ten will not get nominated under the five-ten. Before the summer season started and before the Best Picture rules had changed I tipped Harry Potter and the Deathly Hallows: Part Two, Super 8 and The Tree of Life as three summer films with the highest chance of getting a Best Picture nod. The possibility of those three getting a nomination is now incredibly slim as the question we have to ask ourselves is, are 5% of the Academy going to put one of those three as their number one film of the year? Below are five films which I believe could have got in under the ten and who I believe may have fallen victim to the new 5% rule. 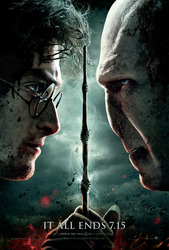 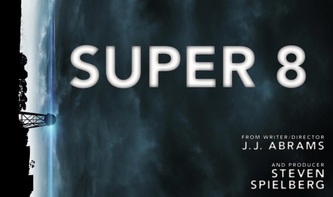 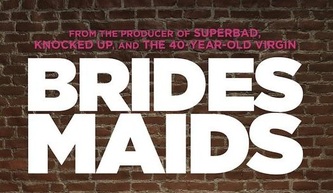 Why it could have got in under the ten: With the power of Spielberg behind it, its commercial success and its throwback to the summer blockbuster that older members in the Academy love and/or were a part of, Super 8 has the prestige (Spielberg), the box office (200+ million worldwide for a film with no big stars), the critical respect (82% on RT is nothing to sniff at) and the nostalgic charm as well as some modern appeal (JJ Abrams) to sneak into the ten. Before the summer I compared Super 8 getting a nomination to District 9's nomination, a film that had prestige behind it in the form of Peter Jackson, 200+ million worldwide box office, critical respect (91% on RT, higher than Super 8), a political allegory and a rising talent in the shape of Neil Blomkamp, very comparable to the variables in Super 8's Oscar nomination equation.

Why it won't get in under the 5%: Super 8 is the kind of film that probably would have got in under the ten due to a large number of votes for it lower down on members lists, it was never going to be a top 5 film but a 6-10 film. Being a 6-10 film under the new rule change all but rules out your chances as it is only the top end of the ballot which truly counts. As much as Academy members may have liked the film, it was never going to get 200-300 members calling it the film of the year. Ultimately it is films like Super 8 which fall victim to the 5%, they are films that are agreeable, that are liked but they are not passion picks. While I would have no problem putting Super 8 right up at the top of my ballot, for many Academy members it is more likely a film that comes to them as one they liked when they are scratching their heads trying to fill a 7th place spot.

Why it could have got in under the ten: The Oscars are commonly criticized for failing to recognize comedy and under the ten they would have had an ideal token comedy nomination in the shape of Bridesmaids. The ten was originally created so that the Academy could recognize more mainstream, popular films and give recognition to movies and genres that would previously have no chance at a nomination. Bridesmaids is not only the highest grossing female R rated comedy of all time but it has huge critical respect. Bridesmaids is the exact mixture of mainstream commercial film and critically respected achievement that plays right into the dynamics of the ten. No doubt the females in the Academy would have appreciated seeing a successful comedy with women at the centre, Bridesmaids could have been the perfect storm, being a mainstream comedy film that members would not feel reluctant about putting on their ballots.

Why it won't get in under the 5%: It's a comedy. A lower ballot film. Even under the ten they would have had to work hard to get a nomination and under the 5% it is almost impossible. Yes it still has the box office and the critical respect, which may have been enough under then ten but is nowhere near enough under the 5%, like Super 8 it is just not one of their passion picks.

Why it could have got in under the ten: No Harry Potter film has gotten a Best Picture nomination, it is the final film in the most lucrative and one of the most loved film franchises of all time, it is the highest grossing film of the year so far (And will most likely remain so) and it got rave reviews. Deathly Hallows: Part Two most certainly would have been in under the ten, the nomination would be the Academy's way of recognizing and congratulating the films huge success. Under the ten they just could not, not nominate it.

Why it won't get in under the 5%: The fact that no Harry Potter film has been nominated for Best Picture and has not won a single Oscar, not even for its technical achievements is a telling sign when it comes to appreciation and support for the films across the Academy. While many think this film getting a nomination is a foregone conclusion due to its huge commercial and critical success the truth is that 5% of the Academy are not going to have Harry Potter and the Deathly Hallows: Part Two as their number one film of the year. Even under then ten it would have been a lower ballot pick. This films best shot at a high end nomination is a supporting actor nod for Alan Rickman. While its best chance at any Oscar wins reside in the technical categories, the most likely of which being Art Direction, Costume, Cinematography and perhaps Original Score.

Rise of the Planet of the Apes

Why it could have got in under the ten: With it currently burning up the box office and getting perfect reviews from the likes of TIME magazine, Rise of the Planet of the Apes has become the surprise smash hit of the summer both commercially and critically. Its groundbreaking motion capture work seems to have already won the visual effects Oscar and people are already starting to campaign over the web, for Andy Serkis to get an acting nod for his portrayal of Caesar. While I have not seen the film yet (Planning on seeing it on Sunday and cannot wait) many are saying that it is a much more contemplative and character driven film than you would expect, which plays right into the hands of the Academy when they are thinking of a blockbuster film they actually liked. Plus with James Franco (Oscar host and nominee), Frieda Pinto (Slumdog Millionaire), Brian Cox and John Lithgow in the films cast, there is appeal for Oscar voters. Under the ten it could have challenged or accompanied Super 8 for the "sci-fi" nomination.

Why it won't get in under the 5%: Like all of the above it just does not seem like a top 5 film for Academy members. However a VFX win seems highly likely at this point.

The Tree of Life

Why it could have got in under the ten: With the big one at Cannes, the prestige of Terrence Malick and Brad Pitt and the critical respect many think The Tree of Life is a film which can get in under the 5%. However I think this a film which plays more to the opportunities that the ten offered. The Tree of Life is a VERY polarizing film, however one that has pockets of very passionate supporters. Under the ten, the prestige of those involved and the passionate support could have got it in the ten. 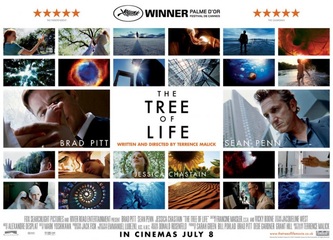 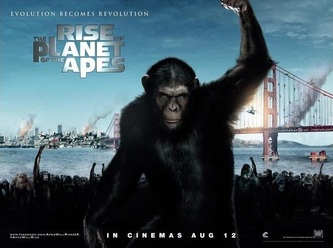 What do you think of my five films from this summer that could have got a Best Picture nomination under the ten? Agree? Disagree? Any films I left out? Any films from my list that you think can get a nomination under the 5%? Give Movie Parliament all your Oscar thoughts in the Your Say section and be sure to keep checking The Campaign for more awards analysis and predictions.