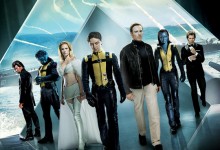 Writers: Matthew Vaughn, Ashley Miller, Zack Stentz and Jane Goldman
Director: Matthew Vaughn
Starring: Michael Fassbender, James Mcavoy, Jennifer Lawrence, Kevin Bacon, Nicholas Hoult, Rose Byrne, Caleb Landry Jones and January Jones
After the critical mauling and collapsing box office of X-Men: The Last Stand and X-Men Origins: Wolverine, the franchise needed saving and is relying on X-Men: First Class to do it. Directed by Matthew Vaughn (Director of Layer Cake and Kick Ass) X-Men: First Class is a prequel/reboot which takes the series back to the 60’s to see how Charles and Erik met, how their friendship began, how it ended and how the X-Men were formed.

Matthew Vaughn has always been an underrated director and who with Layer Cake announced Daniel Craig to the world and undoubtedly got him the Bond role. With X-Men: First Class, Matthew Vaughn has announced Michael Fassbender to the world and he will definitely go on to be just as big if not bigger than Daniel Craig. X-Men: First Class is Magneto’s film and while the other actors, the story and the direction all have their time in the sun, it is the performance of Fassbender that will keep people talking long after the credits have rolled. Infact, I propose a revision of all dictionaries in the world, the definition of awesome should now be Michael Fassbender in X-Men: First Class.

It is the relationship between Charles and Erik, later to be Professor X and Magneto that forms the backbone of this film. As Magneto Michael Fassbender is able to effectively portray his damaged and vulnerable nature whilst also being an intimidating and charismatic screen presence. Every time he is on screen your eyes are fixed on him as he, along with the script by Matthew Vaughn and Jane Goldman flesh out Magneto in a way that makes him a truly complex and engaging character. His damning mistrust of the human race, his lust for revenge and his feelings of mourn and regret are palpable for the entire running time as he delivers one of the finest performances of the year so far. If this film does not put Michael Fassbender on the map then I don’t know what will.

Two scenes early on in the film that are bound to have audiences aware of his talent comes in the shape of a bank and a bar confrontation. The scene in the bar is reminiscent of Inglourious Basterds, yet this time it is Fassbender who comes out on top and who provides the menacing presence. I would go as far as to say that the bar scene is my favourite scene of the year so far, while the bank scene is going to remind everyone why we hate going to the dentist.

Michael Fassbender is not the only strength in the cast however and his role as well as the central relationship of the film is made equally gripping by the performance of James Mcavoy as Charles Xavier. As a younger and more irresponsible and reckless character, Mcavoy makes the transition from boozer and skirt chaser to leader with utter believability. The scenes that he and Fassbender share on screen are the moments that the film truly soars, with a particular scene where Charles takes a look into Erik’s memory being particularly emotionally convincing.  The supporting cast are also a treat with Jennifer Lawrence, Nicholas Hoult, Caleb Landry Jones and Lucas Till all playing their mutant roles well. You sometimes wish they were all developed slightly more, however the moments they are on screen are so good and the rest of the film so strong that it is never a film ruining flaw and it leaves plenty of room open for further exploration in possible sequels.

The relationship between Beast and Mystique (Or Hank and Raven) is well played and although not given as much time as it perhaps could of it never feels forced or cliché, is well performed and explores the interesting themes at the core of the X-Men series. This is the film, which has finally put the emphasis back on story and characters in the X-Men franchise, Last Stand, and Wolverine got too bogged down in action to really truly explore the ideas behind the X Men franchise and deliver interesting characters. This film is easily the most satisfying X-Men film when it comes to character development and story. The Cold War setting is the perfect backdrop to the film and the exploration of Magneto’s World War Two past lends the film a convincing realism.

The films Cold War and 60’s setting also give Vaughn a chance to be very cine literate with him evoking the war room imagery of Dr. Strangelove and the globe trotting scope of early Bond films.

The Cuban missile crisis centered climax is an engaging piece of action cinema, which never feels rushed or hard to follow. Infact all the action scenes in X-Men: First Class are brilliantly directed by Vaughn who keeps the film moving at a breakneck speed and does some interesting things with the camera. A first person POV Beast transformation sequence, a split screen training montage and a cerebro mutant searching montage (Which provides a hilarious cameo and one of the films finest lines) are all visually exciting. The art direction of the film also evokes the style of classic bond films and comes together to deliver an incredibly retro feel, making this one of the most visually interesting of the X-Men films. The score by Henry Jackman aids the film with all its sequences from action to emotional and along with The Chemical Brothers score for Hanna, is my favourite film score of the year so far.

Being a prequel this film has many comical hints to the first three films as two good jokes are made about the hair of Charles Xavier. The film also provides a realistic and satisfying explanation as to why Charles cannot walk, how Magneto got that helmet of his and where the X-Men got that great jet. Everything makes sense and while fans are complaining about the lack of continuity between this X-Men and the other films it is something that is easy to get over as this is a far superior effort to the previous films and none of the continuity issues are as major or intrusive as some would have you believe.

If there are flaws in X-Men: First Class then you could say that the “villains” of the piece are not as well developed as they could be.  While Kevin Bacon plays Sebastian Shaw well; we never get a true idea about who that guy is and January Jones as Emma Frost is reduced to nothing more than eye candy. The film also rushes the explanations of certain plot points and motives that some people may miss.

However this film, like 2009’s Star Trek, takes a seemingly dwindling franchise and reignites it with a mix of great casting, an engaging story and brilliantly done but not overly done action sequences. After films like The Hangover: Part Two it is refreshing to see a summer blockbuster like X-Men: First Class that is intelligent, has interesting characters and important as well interesting themes and ideas.

After the critical mauling of Last Stand and Origins: Wolverine, the X-Men franchise has well and truly been saved with this exciting, well made and superbly acted summer blockbuster that deserves to be a huge hit and put its cast as well as its director on the map where they belong. The best piece of praise I can give X-Men: First Class is that at 2 hours and 12 minutes it flew by, I was engaged throughout and I look forward to seeing it again. 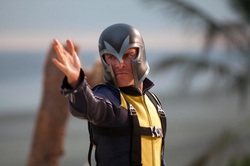 A standout performance from Michael Fassbender, a great supporting cast, a tremendous score, skilled direction and an engaging story make this the best X-Men film, the best film of the summer so far and the most fun I have had in a cinema this year.